From KAEF: Thank you for joining us!

On Friday, December 07, 2018, starting at 19:00 at Hotel Emerald, American Councils for International Education organized the gala night "The Night of the Rising Stars" on the occasion of reaching the 100th Scholarship of the Kosovo American Educational Fund (KAEF).
Over 250 guests attended this event, among whom the former President Mrs. Atifete Jahjaga, who is also a KAEF Honorary Committee member, Prime Minister Ramush Haradinaj, Minister of Education Mr. Shyqiri Bytyqi, Minister of Economic Development and KAEF alumnus Mr. Valdrin Lluka, USAID Kosovo Director Mrs. Lisa Magno, and other guests from business and public sector as well as KAEF alumni and their family members. 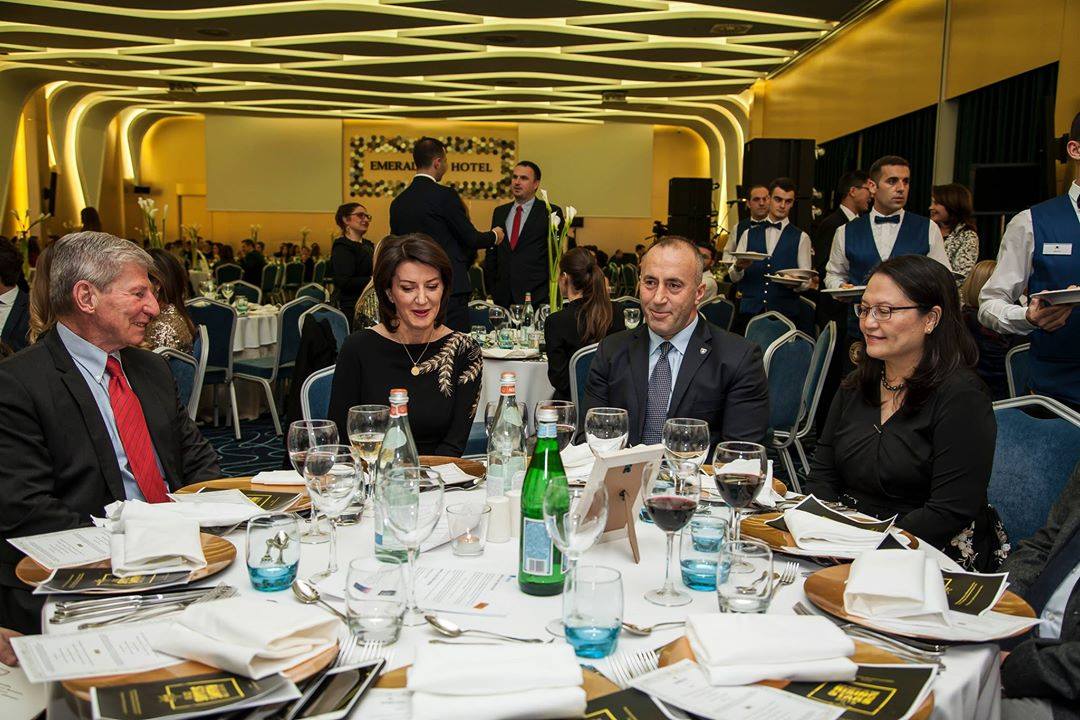 The Kosova Country Representative of American Councils for International Education Mr. Gjeni Shporta emphasized KAEF’s importance and impact on the country's economic development and the need to focus on the future of the program, without forgetting to celebrate the achievements to date. At the same time, he thanked KAEF contributors over the years.
KAEF Committee U.S. Co-Chair Mr. Michael Hora, referring to Mr. Dale Pfeiffer's idea of establishing such program in 2005, said that the program has reached so far because of its successful beneficiaries and all Kosovars who have supported it.
Furthermore, Mrs. Jahjaga emphasized that KAEF is undoubtedly one of the most successful investment projects in building and developing the country.
Prime Minister Mr. Haradinaj expressed the pleasure of being among the KAEF beneficiaries and restated the importance of educating the younger generation that brings change in thinking.
He spoke of the need for greater political and social commitment in supporting KAEF so that many other distinguished Kosovar students can study in the US and thus bring our country knowledge, good practices and the spirit of the new to the benefit of the whole society.
The President of the KAEF Alumni Association Mr. Blendrit Elezaj spoke about the impact of KAEF alumni on employment and job creation in Kosovo.
During the evening, awards were given to the program's supporters over the years, including Dukagjini Group as the largest local donor, KOSTT as the longest-consecutive local donor and the Rockefeller Brothers Fund as the largest international donor. The Gotaas family received the KAEF Honorary Award and Mr. Dale Pfeiffer was presented the KAEF Legacy award by Minister Lluka on behalf of KAEF alumni, in honor of his contribution to the establishment of the KAEF scholarship. 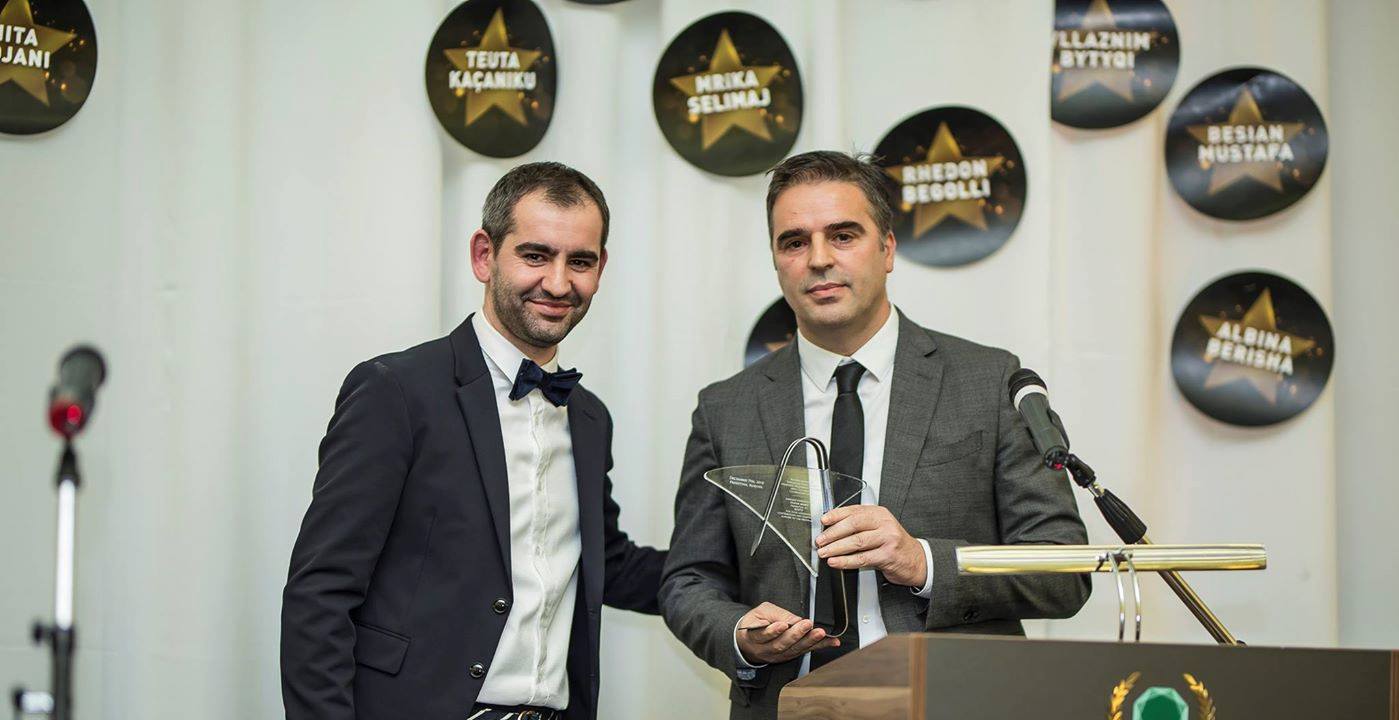 During the speech that got a standing ovation, Mr. Pfeiffer re-emphasized his confidence in Kosovars and advised to insist on joint work, because only in this way will Kosovo take its place among the developed countries, just as it deserves. 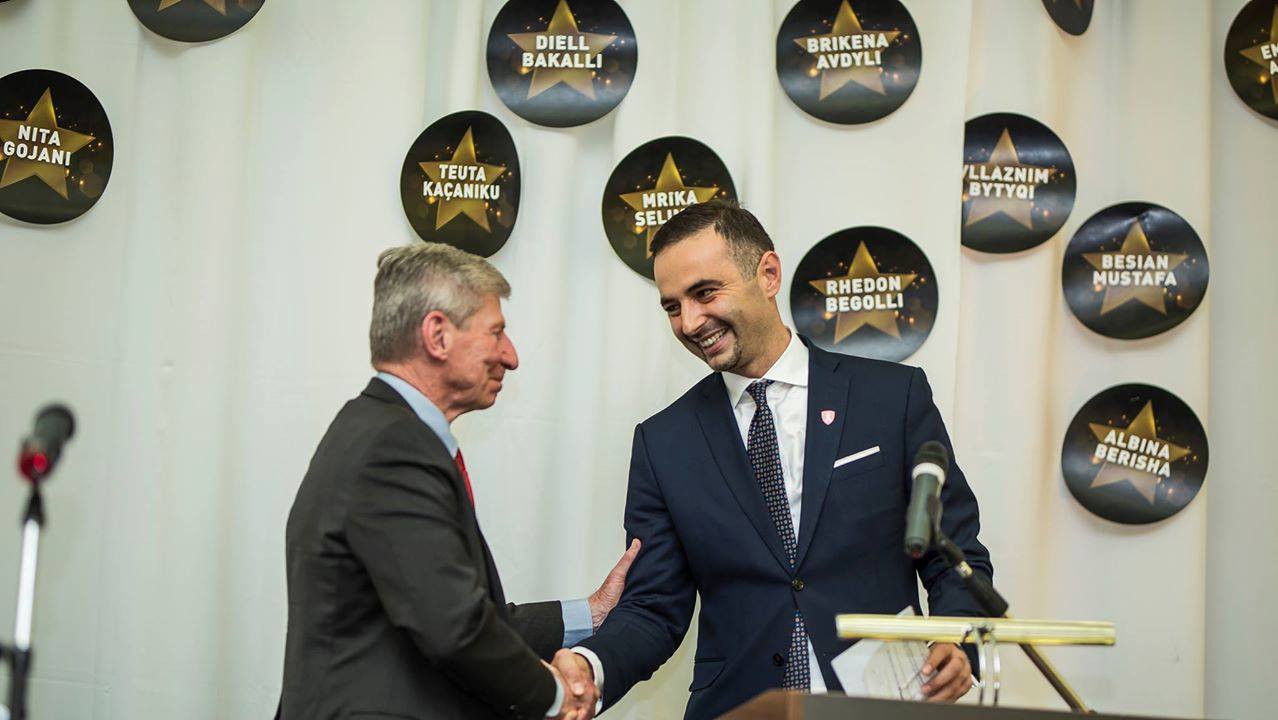